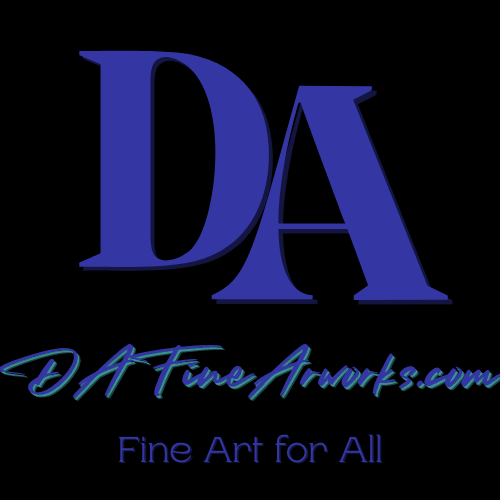 In our new article series, Agents of Change, we explore developments and innovations, both technical and technological, that had a seismic impact on artistic production and consequently changed it in key ways, forever. We learn how artists and the tools at their disposal evolved over the years and gave rise to new forms of art and ways of making them. In this first edition, we examine the history of acrylic paint and how this invention has shaped the work of countless artists since the early 20th century.

Acrylic paint is a water-based, fast-drying type of paint made of pigment suspended in acrylic polymeremulsion. Acrylics are water-soluble, but when dry, they become water-resistant. They were first developed in 1934, used in the 1940s and widely used by artists since the 1960s. Due to their versatility and fast-drying nature, acrylics became an extremely popular painting medium for many artists and allowed for a lot of fast-paced freedom in artistic exploration and production. Depending on how they are used, acrylics can have the appearance of watercolours, of oil paints, or a unique appearance unto themselves.

The Invention and Use of Acrylic Paint

The first usable acrylic resin dispersion was developed in 1934 by German chemical company BASF, patented by Rohm and Haas. By the 1940s, acrylic emulsions quickly gained in popularity for home painting, as they were easier to use and clean and dried quickly. They were also far less toxic than many other paints. By the 1960s, more and more artists starting using acrylics, attracted by how cheap they were and the fact that they held colour well, dried quickly, were water-resistant when dry, and could resemble watercolour and oil paint. In 1955, to meet the demands of artists, Permanent Pigment Company developed the first water-based acrylic gesso, named Liquitex. A year later they put out their first water-based fluid acrylic paints.

Acrylics offered artists the possibility to achieve the transparent brilliance of watercolours (by diluting the paint with water) or the sharp, densely layered effects of oil paints. By using various mediums, the paint can be thickened and the drying time becomes slower, just like with traditional oil paints. It can be used on all kinds of different surfaces: paper, canvas, wood, masonite, cloth, concrete and brick, among others.

Some of the very first artists to use acrylics were the Mexican Muralists, the most notable ones being Diego Rivera, Jose Clemente Orozco and David Alfaro Siqueiros. They started experimenting with acrylics due to the durability and practicality of the paint. The Politec Company was founded in Mexico City in 1953, and supplied most of the Mexican Muralists with water-based acrylics.

Many of the Abstract Expressionists started favouring acrylics. In the Color Field generation immediately following the AbEx period, Helen Frankenthaler and Louis Morris used them for their richness in colour and for the watercolour effects they were able to attain with them. Mark Rothko mixed oil paints, powdered pigments, acrylics and glue tempera to create his iconic paintings. Robert Motherwell mixed acrylics with graphite and charcoal to create many of the 200 versions of his painting Elegy to the Spanish Republic. Then there was Barnett Newman, who made a relatively late-career transition from oil paints to acrylics.

David Hockey used acrylic paints to create some of his best-known paintings in the 1960s, including A Bigger Splash.

The famed pop artist Roy Lichtenstein was another lover of acrylics. He used this paint for his comic-book inspired paintings like Whaam! and Drowning Girl.

Andy Warhol was all about innovation, about breaking with the stuffy, old-fashioned past. Acrylic paints fit perfectly with his philosophy on art and life. His Campbell’s Soup Cans are among the many paintings he did with acrylics.

Today, acrylic paints are among the most-used artist paints. Though there are still artists and art schools that feel they are inferior to oil paints, the practicality, versatility, cheaper price and high quality of acrylics allows for a wider range of artists to produce work. They continue to contribute to the accessibility of art production.

Articles and Features · By Shira Wolfe

An email will be sent to the owner